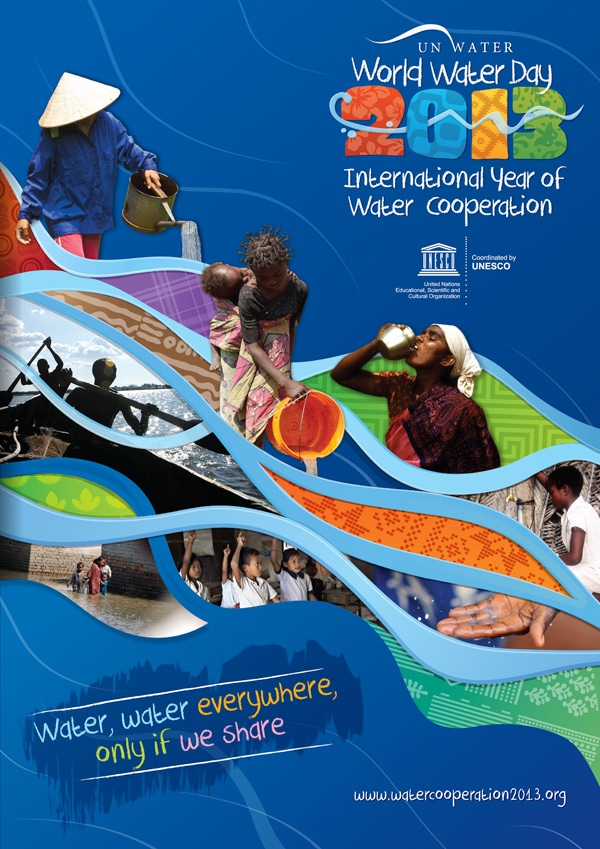 Walking for Water is an awareness and fundraising initiative. School children aged 10-15 are sponsored by friends and family to walk 6 kilometres while carrying 6 litres of water in a backpack. Children learn about global water issues, while raising funds to help solve them.

Representatives of the Walking for Water Campaign will also take the floor during the celebrations of World Water Day in The Hague to present the initiative and the success story in the Netherlands over the last 10 years.

They will explain how the younger generation needs to understand what goes on in the world in relation to one of life’s essentials – water. However, understanding the issues is actually only half of the equation. Kids also need to discover that they have the power to do something about it, to create change.

That’s what’s so great about Walking for Water. Equal importance is placed on raising awareness about the issues and on empowering kids to help their peers get access to safe drinking water.

The World Walks for Water and Sanitation is a global event demanding action to address the world’s largest crisis – water and sanitation.

Millions of people walk great distances each day to collect water. Billions have no safe place to go to the toilet and are forced to walk into fields to defecate, risking assault and compromising their dignity. Unsafe drinking water and poor sanitation means children have to miss school and are dying needlessly from disease caused by contaminated water. Ending the water and sanitation crisis would help break the poverty cycle, would increase school attendance, and save lives.

Because of these global actions, governments took notice and made promises both nationally and internationally which we now have to make sure they keep.

Safe drinking water and sanitation is a human right1 which must be upheld, and we need you to get involved and make a stand.