Durty Bands at The Wedge: Anglo-French musicians come together for clean water in Africa 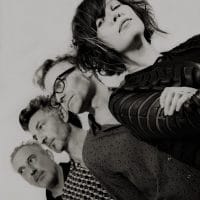 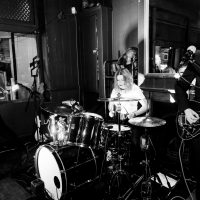 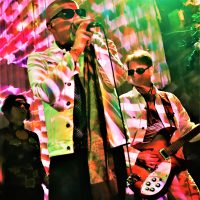 Durty Bands at The Wedge brings musicians from Portsmouth and France together on Friday 29 November in aid of clean water projects in Africa.

Taking place at the iconic Wedgewood Rooms on Albert Road, the latest fundraising event for Southsea based charity No More Durty Water showcases three bands with contrasting styles but one aim – to raise money to combat water poverty in remote rural areas of Uganda.

Anglo-French band Curl headline the night with their subtly layered but powerful emotional rock. Both guitarists hail from the south of France (Will Sintaste on chiming lead, Frank Amendola on melodic bass) and the French contingent is complemented by two local members – the ethereal vocals of Hayler Alker and solid grooves of drummer Jon Callender (The Cranes, Carmen Rosa, Vex). This is Europe collaborating not splitting apart, and with a dynamic and deep sound Curl never fail to deliver on stage.

Currently writing their fourth LP, Curl will be treating their local fans to a career spanning set with some experimental takes on older songs, live debuts for new material and killer crowd pleasers from the “Exit Real Life” and “Shapeshifters” albums.

Upcoming Portsmouth three-piece Fake Empire will support, as they steadily build a buzz with their surging, exhilarating indie rock sets. Building on the success of the anthem “The Sadness Will Last Forever” released earlier this year, Fake Empire’s catchy hooks and biting lyrics are earning them a growing following. Check their new single “Bloom” on Spotify now to be converted…

Psych-pop garage rockers Paul Groovy and the Pop Art Experience will kick off the night in style, bringing their fun and freaky attitude to the fore. With thrashy guitars and stand-up drums “The Groovies” are a popular late 80’s act back with a bang, currently picking up a whole host of gigs on the South Coast. Dip into their joyful new single “You’re The Best Thing” on YouTube for a taste.

No More Durty Water was established in 2010 by legendary Southsea DJ and campaigner Paul Keilor to make a difference in far-flung communities suffering from water poverty. Charity trustee Jonty Walker says of the event “We’re extremely grateful to all of the bands for volunteering to play for us, especially Curl, knowing that half the band would be travelling from France at their own expense. The Wedgewood Rooms has such as great history of live performances that I’m sure that everyone on the bill is going to smash it on stage. We have funded 13 water projects in Uganda so far and with the cost of building a reliable source of clean water as little as £1400, events such as this can help to transform lives. “

Tickets £6.50 adv from The Wedgewood Rooms box office or website. More information on Facebook at www.fb.com/nomoredurtywater
Can’t come to the event? Donate online at https://nomoredurtywater.org/donate/